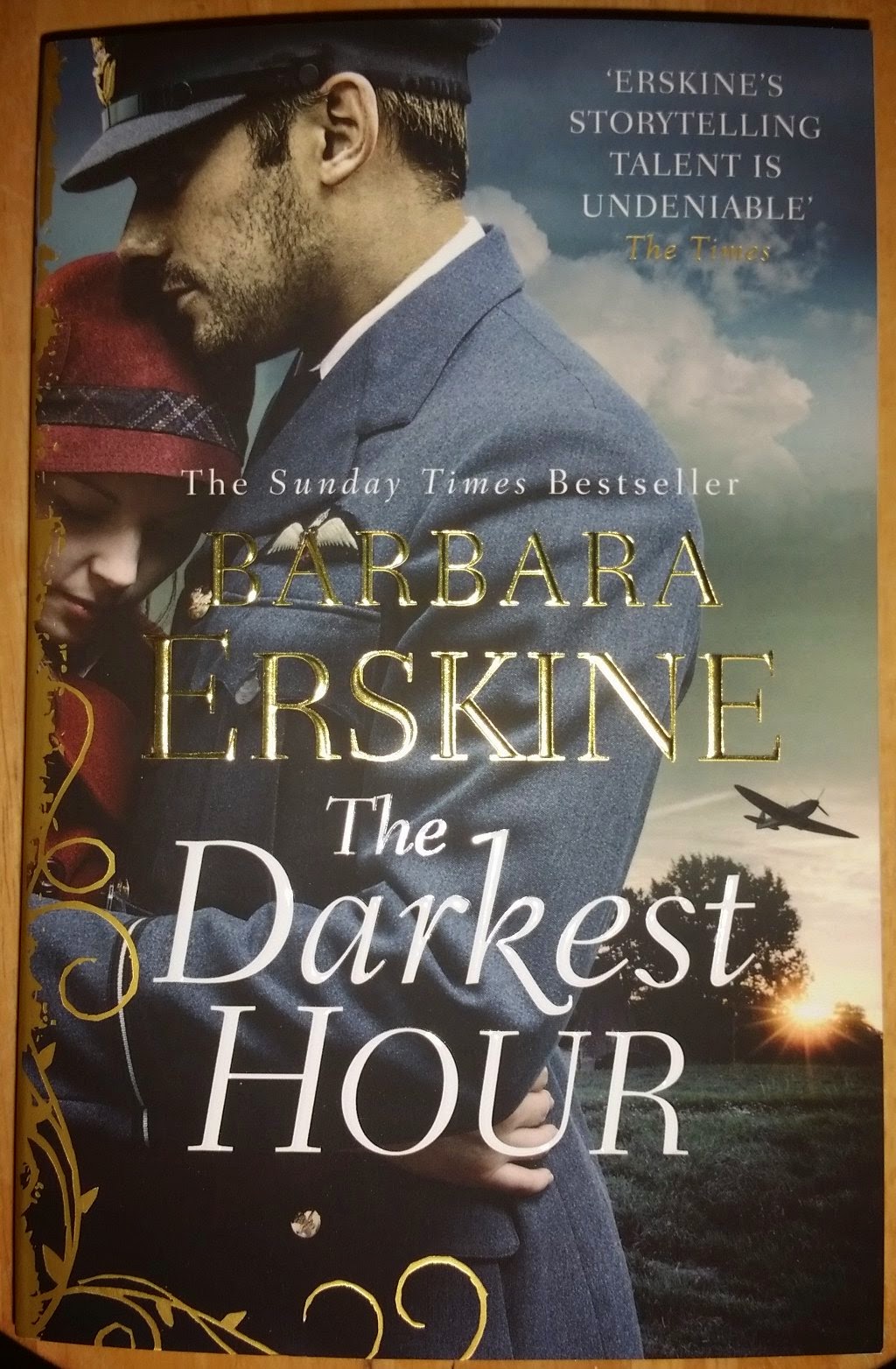 'The Darkest Hour' by Barbara Erskine

"From the Sunday Times bestselling author comes an epic tale of love, passion and heartbreak.

Love is as uncertain and as untameable as war…

In the summer of 1940, most eyes are focused on the skies above the South of England. The battle for Britain has just begun. But young Evie Lucas has eyes for no-one but a dashing young pilot called Tony. Evie has a glittering career as an artist ahead of her but seems to be wasting her time sketching endless portraits of Tony. She wants his parents to have something to remember him by in case it all goes wrong in the war…

Seventy years later, and recently widowed art historian Lucy is trying to put the pieces of her life back together. And in order to do that, Lucy needs to uncover the mystery surrounding a painting in her home. But as she accidentally ends up stirring up a hornet’s nest of history which has been deliberately obliterated, Lucy finds herself in danger from people past and present who have no intention of letting an untold truth ever surface."

'The Darkest Hour' by Barbara Erskine is an epic tale of love, loss and discovery set over two time periods.

Lucy Standish is an art historian and biographer researching Evelyn Lucas, a Sussex war artist. Lucy's late husband, Larry had recently bought a painting at auction that he believed to be one of Evelyn's, but before he could get it authenticated he was killed in a car crash. Three months on Lucy has almost given up on the idea of the biography when she receives a letter saying that she has been approved for a grant for the project.

Lucy sets to work trying to find out as much as she can about Evelyn and her family. She travels to Evie's cottage when she meets her grandson Michael Marston. Michael is hesitant at first but eventually allows Lucy access to Evie's studio and her paperwork. All the paintings and diaries are missing though as Evie's other grandson, Christopher, took everything of value (and he is a lot less welcoming).

Lucy's struggles to find out about the family is interspersed with scenes from the past and as a reader we get to live Evelyn's story. It is a tragic story of love and loss. Poor Evie goes through so much at such a young age.

Through reading Evie's diaries Lucy uncovers some family secrets that have been buried for years. But someone doesn't want the truth to come out. The ghost of Eddie Marston (Evie's husband) begins to haunt Lucy and tries to destroy the painting that she owns countless times. The ghost of Evie's brother Ralph who died in the war is also hanging around.

This book has a bit of everything; romance, loss, blackmail, mystery and ghosts. I loved how it was set over the two time periods. As a reader we got snippets of the story just before Lucy and it was fun to read how Lucy reacted to her discoveries. The characters were all so well written. I adored Evie and Tony, and I really wished that things could have worked out differently for them.

I thought this was a really great novel. It isn't normally the type of book I would read but I was drawn in by the blurb and I'm so glad I took a chance on it. I won this book in a Goodreads giveaway from Harper Collins publishers.

Let me know your thoughts on this book in the comments!

Friend me on Goodreads!